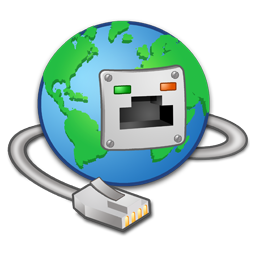 Cisco has created a very good demo exam which resembles the real simulation used in the CCNP TSHOOT exam. While the trouble tickets asked in the demo are nowhere near the real TSHOOT exam it gives an idea of what kind of tickets to expect in the exam. This article is a walkthrough on how I answered the 4 tickets in the CCNP TSHOOT demo. The 4 tickets in the demo jumble up each time the demo is opened so the order of tickets I mention in this article will be different compared to the one you’ll encounter in the demo. All tickets contain the same issue of the client not being able to ping the webserver so you can differentiate each ticket based on the output of tracert.

Open the IPv4 Layer 3 topology, click Client1 and do a tracert to the web server. The tracert output from client 1 stops at the IP address of R1 as shown below.

So lets open R1’s console and have a look at the routing table. 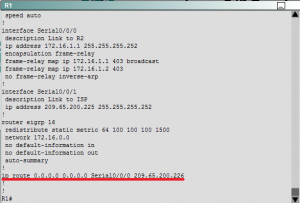 On which device is the fault condition located ?
R1

The fault condition is related to which technology ?
Static Routing

After opening this ticket run tracert again from “Client1” this time packets stop at the gateway, the DSW1 multilayer switch.

Opening the console of DSW1 lets start doing a bottom-up troubleshooting approach by checking the interface status. We find that the interface FastEthernet1/0/1 is “down” but not administratively. This means no one purposely entered the “shutdown” command in that interface mode.

We can find that the F0/0 interface is administratively down as the “shutdown” command was present in that interface.

On which device is the fault condition located ?
R4

The fault condition is related to which technology ?
Interface Status

What is the solution to the fault condition ?
Under the interface f0/0, enter the no shut command

In this ticket tracing the web server doesn’t get a reply even from the gateway which means there is something between Client1 and DSW1 which is blocking traffic.

Looking at the “Layer 2” topology we can find an access layer switch ASW1 which I assume is causing the problem.

Opening the console of ASW1 lets use the bottom-up method and check the status of the interfaces on the switch.

The interfaces connecting to the clients are in the correct VLAN. Interface f1/0/19 is not listed because it is trunking, so we’ll proceed be checking its config. Using the “show interface trunk” command we find that trunking is properly enabled and the required VLANs are allowed.

While checking things like trunking it is best to check it on both sides to be on the safer side, check the trunking configuration of DSW1 too.

Now this reveals that the culprit is the interface trunking on DSW1. It allows only VLAN 98 over the trunk, so the absence of VLAN 10 is what causes communication to the gateway IP address fail.

On which device is the fault condition located ?
DSW1

The fault condition is related to which technology ?
Switch-Switch Connectivity

What is the solution to the fault condition ?
Under the interface f1/0/19 configuration, enter the switchport trunk allowed vlan 10, 98 command

In this final ticket doing a tracert from client 1 returns an output similar to the one shown in “Ticket 2”.

You might get this ticket first so you better start troubleshooting by checking the interface status of DSW1.

After confirming this lets move on to layer 3 and have a look at the routing table.

Looking at routing table we can find only two routes (172.16.1.4/30 and 172.16.1.8/30) were learned through EIGRP (denoted by D). The route that comes above R2 is not present. This could indicate route filtering applied (on R4 or R3) which filters out this route or a lot of other problems. But rather than looking at each of these individually I prefer using the “shoot from the hip” method and have a look at R2 itself. What if the interface between R2 and R1 is down ? What if EIGRP is not running at all ? Lets open the console of R2 and check the routing table.

We can find that not a single route learned from EIGRP exists. Now to check if at all EIGRP is configured use the “show ip protocols” command.

We do find EIGRP 16 configured, but looking at the passive interfaces we can find that the frame relay sub interfaces Serial0/0/0.12 and Serial0/0/0.23 listed under them which is the cause of the problem. Looking at the running-configuration confirms the presence of the “passive-interface default” command. 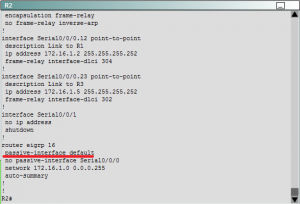 On which device is the fault condition located ?
R2

The fault condition is related to which technology ?
IPv4 EIGRP Routing

What is the solution to the fault condition ?
Under the router eigrp configuration, delete the passive-interface default command

How to Configure a Cisco router as a Frame Relay Switch